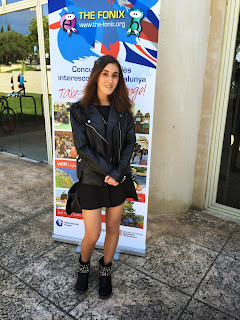 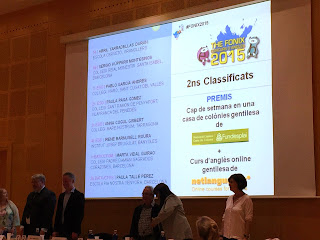 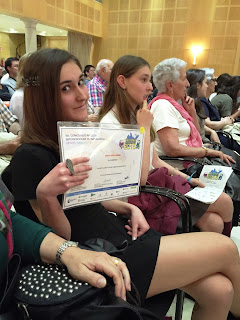 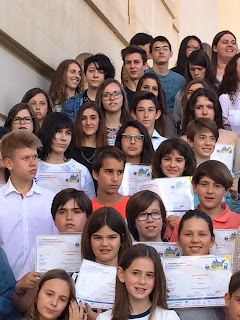 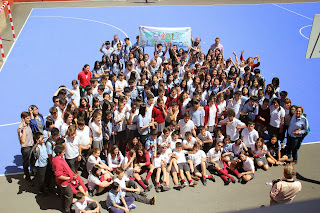 A few days ago, we were waiting for some Chinese students that came to our school.
Everyone had one student assigned and we were in the school entrance.
When they arrived, we were very nervous, we
said hello in English and we entered in the auditorium. Chinese people have very strange names, my partner is called Apple.
In the auditorium the teachers and students made some performances of China and told
us what we were going to do the next three days: sports and some activities.
The first day we did sports. Quickly I realized that Apple didn’t like sports, but together
we won all the games. Apple was very friendly so I did a lot of Chinese friends in one
day and he did lots of Spanish friends ,too.
After that, lunch time, and when lunch finished we said good bye, until tomorrow.
The second day, we met with the Chinese students in the playground, and as always
we entered the auditorium. We listened to an explanation related to Barcelona and
Gaudí, to learn what we were going to do in the next activity.
In the first playground, nearly all Chinese students played basketball with us, they are
very good at it. After the playground, we started the activities related to Gaudí. One
activity was how to make bread with tomato or how to drink with a wine Spanish jar.
All the teams won in this game and the gift was a lollipop.
In the end, when we finished lunch, Chinese students went and we all hoped the next
day wouldn’t be the last day.
The last day, the older students of our school prepared us a power point presentation
related to the art of Barcelona and then we went into the school with all the teachers
and the assistants to make arts and crafts. In this hour we exchanged e-mails with our
partners and we wrote our names in different languages like Chinese or Spanish.
The lunch time was longer than usual because we wanted to stay a lot of time with
them, but in the end after ten hugs our new friends went. Hopefully we see them
again. 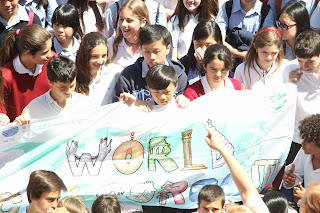 It had been almost two months ago. In the month of February, I went to Caixa Fòrum to participate in the first round of the English contest “Fònix”, in which students from schools all over Barcelona participated. Little I imagined I would make it to the next phase, when in spring, I was told I had succeeded. I had been one of the four winners of the Barcelona round!
I have to say that I had never seen the contest as something easy to win, but once I had overcome the first barrier, I promised myself I had to do as well as I could. In fact, the prize is pretty tempting: two weeks at an English speaking country. I read the text as accurately as I could, I tried not to commit any mistakes in my writing and I did my best at the speaking part.
Of course, it is really hard to win, but I really hope to get a high mark. Nevertheless, I am happy enough of having made it to the final round. 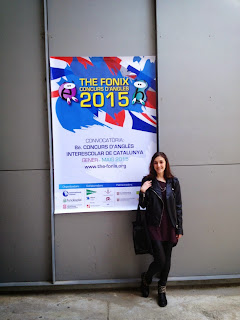